The federal government of Australia introduced Renewable Energy Target -RET- in 2008. Under the RET , there are two schemes that facilitate the large-scale power stations, as well as the owners of small-scale systems, with Large-scale Generation Certificates -LGCs- and Small-scale Technology Certificates -STCs-, respectively. Each of these certificates denotes a megawatt-hour of electricity saved by installing renewable energy sources. LGC and STCs prices are not set by an individual organization; rather, it depends on the demand and supply of the certificates.

Household or small businesses having or needing a solar panel system with a capacity of 100KW or less are eligible for STCs. Also, the annual electricity output has to be 250kW or less. The creation of certificates must be done within 12 months of installation. Note that only a Clean Energy Council -CEC- accredited installer has the ability to create STCs. Also, the panels, inverter, and battery have to be listed on the CEC list of approved components. Otherwise, they won’t be eligible for the scheme. With this scheme on board, the Australian government is trying to put off some load from the non-renewable energy sources, which is positively contributing towards greenhouse gas emission, thus putting the entire humanity one step closer to self-destruction.

What is an STC?

Under the Small-scale Renewable Energy Scheme -SRES- of the federal government of Australia, Small-scale Technology Certificates -STCs- can be generated. Each of these certificates denotes a megawatt of energy saved. These certificates work as a financial incentive to small business owners and households to adapt to various energy-saving measurements, such as solar water heaters, solar panel systems, and so on.

In each quarter of the year, liable entities are legally obliged to buy and surrender a certain number of certificates to the CEC. STCs are provided on the basis of expected power generation of the system in concern, from the date of installation till 2030. As, in the year 2030, the government intends to put an end to this scheme.

How many STCs will have to be submitted by the energy retailer is decided by the Small-scale Technology Percentage -STP-. As the liable parties are bound to submit a fixed minimum number of STCs in each quarter, there is a demand aspect formed by their renewable energy obligations. These obligations are met when the STP is set to estimate the number of certificates to be created in that year as per the installations of the same year’s energy-saving systems. And that is how the demand and the supply aspect of these certificates are balanced.

For the year 2021, the STP is set to 28.80%, which means roughly 50.6 million STCs are expected to be submitted by the liable parties, AKA the energy retailers, to the CEC.

How Does the Small-scale Renewable Energy Scheme Work?

The SRES scheme is an ongoing agenda of the Australian government that is operating to provide upfront financial incentives to households and small businesses all over the country who choose to switch to a renewable energy source. Under this scheme, a CEC accredited agent can generate and sell STCs, which are a means to hold the large energy retailers accountable for their contribution to Green House Gas -GHG- emissions. Also, by selling STCs, these upfront financial incentives can be rewarded to the end-users, and in the process, accredited agents can generate profit while helping to set the scheme in action.

How Does the STC Trading Work?

Trading the certificates is quite an easy process. First of all – the number of certificates generated from an installed system -not more than 12 months after- is calculated, after which the STCs can be generated. Once the STCs are generated, they can be traded in the open market or in the clearing house. These two marketplaces are different in nature. The clearing market offers a fixed price, whereas the open market does not. To trade the certificate, one has to fulfil all of the requirements provided by the CEC and prepare all the necessary documents that can be requested by the CEC while they audit for the quarter.

How are STCs Calculated?

STCs calculation depends on quite a lot of variables. Some of which are the size of the whole system installed, date of installation, zone, and so on. As per the size variable, the bigger the system size, the more energy it will be replacing from non-renewable sources to renewable sources. Therefore, it will generate more STCs.

The date of installation is another critical variable because, as mentioned before, the government plans to put an end to the scheme in the year 2030. As each year passes, the financial incentives, or the STCs creation permission rate, declines gradually but surely. This is called the deeming period. How many certificates can one generate is initially calculated by adding the estimation of how much MWh energy one can get from the renewable sources until 2030. A rough number of STC is stretched on that basis. However, the reducing deeming period affects this number which means the earlier one installs an energy-saving system, the more financial incentives they can avail and vice versa.

Another significant variable is the zone. Australia is divided into four zones, number one being the best rated one and four being the least. The higher the ratings, the more STCs can be created in that zone despite the prices remaining the same. These zones aren’t created at random; instead, the amount of solar radiation a geographical location receives is the determinator of the zones. 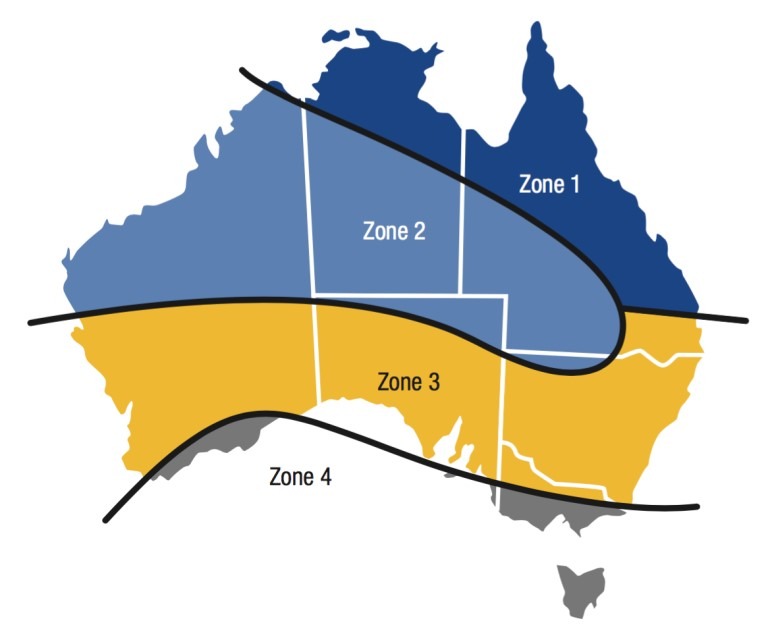 Each zone is assigned a zone multiplier which further assists in calculating STCs.

Here’s is an STC calculator that can only give an estimation of how many STCs can a system approximately generate. It does not give the exact numbers that can only be calculated with the help of an expert.

Who Can Claim STCs?

STCs can only be claimed if all of the requirements are fulfilled. In order to create STCs, one has to be an accredited agent by CEC. Also, to participate in this SRES scheme that generates STCs to provide upfront financial incentives, the solar PV system cannot be more than 100KW in capacity.

What is the Current STC Price?

And the open market is another place where an agent can choose to sell their earned certificates, but the prices are not fixed. Therefore, prices for this market can go higher or lower than what the clearing house offers. However, the chances of a higher price offering are rather slim.

If you want to know the exact prices and rates, please get in touch with us. 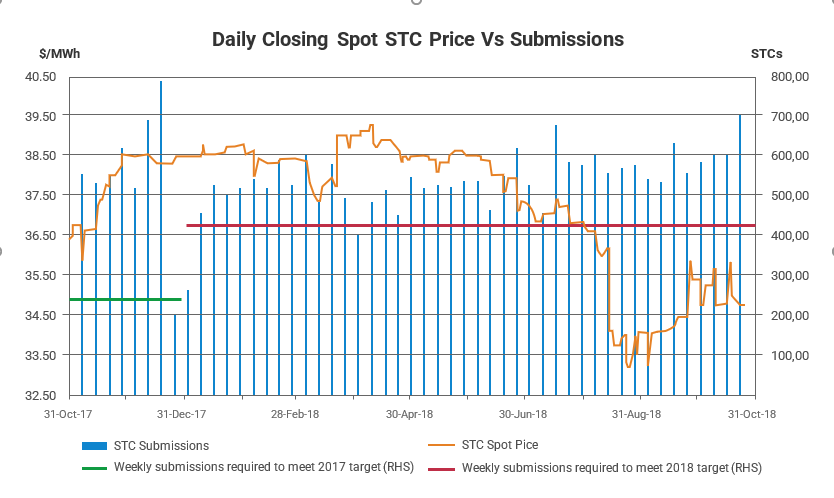 There are some legal documentations required before one can create or sell STCs. The CEC can ask for these papers while conducting an audit, so one -installing organization- has to be ready to hand them over at any moment. Below are some links and pointers provided for the legal paperwork’s needed.

Is Solar STC Worth It?

Small-scale technology certificates help encourage more and more people every day to avail the benefits of green energy. Not only do they get to contribute towards a greener earth, but also, they get financial incentives for doing so. While in the process, accredited agents reap profit from it. Assessing from all angles, solar STCs are more than worth it for both the end-users and the installers.

Lastly- STCs pave the way for end-users to get easier access to benefit from renewable energy sources. The whole scheme is regularly monitored to prevent any fraudulent activities. Also, STCs price, their creation, and other aspects are pretty transparent for anyone to look through and learn. But the process can be a bit complicated for some. In that case, as an accredited CEC agent, for instance, we, Solar Emporium, can help the newcomers with crucial details, which are authentic and reliable.

Wanna Know More About the Best Solar Panels of the Market? -

Wondering what are the Best Solar Panels in the Market? To find out-